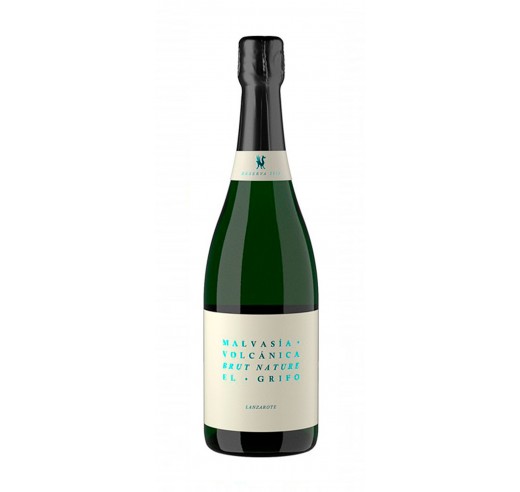 This wine is made with Malvasía Volcánica grapes from pre-phylloxera vines that are 40 to 60 years old and grown under a layer of volcanic ash. It was made using the traditional method and aged at least four years in the bottle. We carried out continuous disgorging of the 2,000 bottles to maximise the freshness of this vintage.

Since 1989 we have produced this natural sparkling wine using the traditional method (second fermentation in the bottle). Three years before, a batch of bottles of Malvasía Semiseco (Demi sweet) was refermented by accident, and the corks did not completely pop out of the bottle, which meant that Malvasía Volcánica could be used to make sparkling wines. The production process is as follows:

Tirage: In 2016, addition of sugar and yeast to the base wine in the right proportion to produce a second fermentation in the bottle, following the traditional method.

Ageing and disgorging: After ageing on lees for at least five years, manual disgorging is done and it is gradually launched on the market to keep it fresh.

Aroma: intense, clean, with notes of fresh fruit and white flowers, hints of baked goods due to ageing on lees.